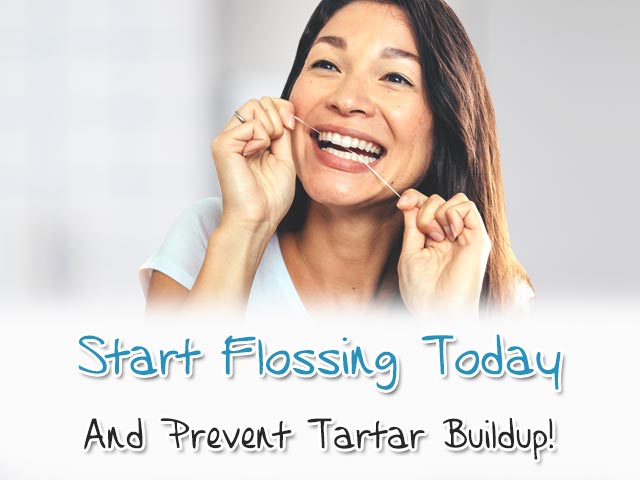 We develop dental habits at an early age. After years of constant nagging from parents and dentists alike, the vast majority of us learn the importance of brushing our teeth twice a day. For the most part, we do a good job sticking to a decent toothbrushing routine. However, one thing that dentists stress out more than anything, yet a lot of people continue to ignore is the importance of flossing.

News flash – Flossing is just as important as brushing your teeth!

Based on a survey conducted by the American Dental Association (ADA), only 16 percent of Americans are flossing at least once a day. Over half of those surveyed believe flossing to be a waste of time and admitted to exaggerating about how much they floss when asked by their dentist.

There's a giant stigma floating around flossing and that it's gross, painful and not exactly necessary. That's the problem though, we're not flossing enough to take advantage of what it's meant for – to keep your teeth clean!

Flossing is a tool everyone should utilize in the bigger fight against tartar buildup. See, no matter how much you brush your teeth, the bristles are unable to give the sides of your teeth the cleaning they deserve. As a result, the ever-present bacteria inside your mouth accrues in the gap between your teeth over time, forming plaque. Dental plaque is pretty easy to deal with, but that requires you to brush AND floss your teeth every day, alongside biannual visits to your dentist for a deep cleaning.

The problem that surfaces though, is the hardening of plaque into tartar above and below the gumline. Tartar is a huge problem many Americans face. Unlike plaque, tartar is hard enough to the point where a toothbrush and floss aren't enough to make it go away. You'll have to go to your dentist to have them break up the tartar using their cleaning tools. When left unchecked, tartar becomes a primary source of bad breath, tooth pain, discomfort and eventual bone regression.

To sum it up, tartar is bad for you but by flossing you can stop it!

Make it a goal to prevent tartar from taking over your teeth. The most important things to keep in mind are of course brushing your teeth twice a day for two minutes and remembering to floss! Even if flossing feels like too much of a hassle for you, make sure you stick with it. For some people, treat it with the same mentality as you do with your physical health. You go to the gym for the sake of being healthier, what's to stop you from spending a couple minutes every day flossing your teeth?

The best part about flossing is that it isn't as painful as people make it out to be. With the right technique, you could finish flossing in as little as a minute. It's really that easy, just look.

In addition to flossing, there's a few other ways you prevent tartar from building up. Visit the nearest store and pick up some special tartar controlling toothpaste, in addition to a non-alcoholic mouthwash for killing harmful bacteria. Lastly, if you're an avid smoker, there is no better time than now to quit smoking. Smokers are more than likely to have tartar buildup compared to non-smokers.

What will you do next?

With good dental habits including flossing, you give yourself a better chance of having healthy teeth down the road by vastly reducing the chance of plaque building up into tartar. After all, tartar is hard to get rid of without the help of your dentist. That makes it all the more important you go.

Before And After Dental Implants

Approximately 6 months ago A local Dentist broke off one of my back teeth. He then sent me to a D...